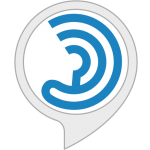 Earplay is an excitingly new storytelling Alexa voice app developed by Earplay to entertain users with an array of audio stories. Designed with a difference, the app allows users to dive into the world of voice acting and sound effects as in the realm of radio drama. What’s interesting is that players are endowed with the privilege of becoming a part of the story by interacting with characters. It’s through choices resorted to that players have a say in how the events unfold as the game continues.

Users can pick from what interests them most and listen to released stories, weekly news updates, or for a change, preview stories, and so forth. At the very start of the game, the player gets a demo preview story with multiple choices in order to familiarize them with the process of progressing through the narrative. All in all, once users begin playing they get to don themselves as the central character and drive the storyline with their personal choices. The skill is designed such that the players exploring the intriguing narratives are prompted with 2 or 3 options to take the story forward. Other prominent highlights are users can ferret out released stories by their name, browse the catalog of available stories, or say ‘listen to previews’ to get a short teaser experience of the soon-to-be-released ones. The ‘get the news’ option allows users to get a glimpse of what’s behind the scenes of Earplay. As a result, users get access to the shortwave microcasts to catch hold of the Earplay interactive audio committee meetings. Previews such as Codename Cygnus allows users to enjoy a multisensory experience by slipping into the shoes of a spy and manipulating its unfolding with preferred choices amid all the entertaining drama and sound effects. The inclusion of user-friendly features in the skill aid users to make use of commands such as ‘repeat’, ‘pause’, ‘stop’, ‘restart’ etc. Overall, the skill efficiently guides the user throughout the conversation without many hiccups. Well, that being said, there seem to be a few downsides that could let down the players at times. One such downer is that the option to repeat does not repeat the previously heard section of the narrative, instead, it repeats just the options for the users to choose from. This might leave them stranded at times. Another let-down is that the feature to pause and resume a story does not render the intended effect. If the narrative is paused midway, when later resumed instead of relaying the remaining portion of the story from where the player left off, the user is routed straight to the choices in that section, adding to the confusion.

The VOGO Voice team scores this skill 4.25 out of 5 stars based on our rating system. Yet, you’ll have to try it for yourself and see if it is a truly entertaining voice app that will capture your senses and provide a one-of-a-kind immersive experience.